Ye gads, sunshine!
i'm in the process of selling my Clic-Clac sofa [yes, it's a sofa bed but way lighter than 'normal' ones that are really heavy and clunky] and there's such a glut on Ebay at the moment.  They can cost a lot, the sofas, but secondhand are worth peanuts.  i had a lot of 'watchers' and some enquiries on size but only one was interested enough to ask if that was my best price.  i want rid of it, so knocked off £30 and he/she said they'd like it.  Re-posted it, in case they wanted to pay that way and sent details of where i am, as requested.  i think they're more likely to pay cash; just waiting to hear when they're coming to get it now.  i said 'not last night but any time this weekend is fine', but at 2.30pm now, i guess they're not in any hurry...   They can have the cushions if they want. 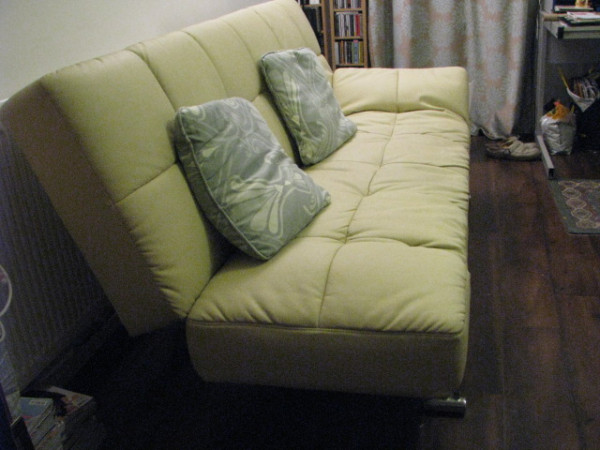 P.S.  NOW 6.40PM; NO RESPONSE AT ALL FROM RUDE & INCONSIDERATE 'BUYERS'.  Guess they changed their mind [doubt if they have more than one].
*shrugs* It was re-listed anyway. Let's see if anyone else is interested, hein?
Collapse