Twelve years since the World Trade Centre towers were destroyed, hard to believe so much time has passed.  i watched a short program about the Falling Man photo last night and it brought it all back.  i don't remember seeing that photo; did it even get a showing over here?  i can believe how deeply it affected people and why it wasn't given a wide showing, but to me it epitomises not only the sheer horror but astounding bravery of that day.  Many won't remember 125 were killed at the Pentagon, in comparison to New York.  Worse still over 400 rescue personnel were killed that day.  It was only one day of terrorism but the sheer scale of it was staggering and drove it home to America as nothing had ever done in peacetime.  We share our cousins' pain and continued grief. 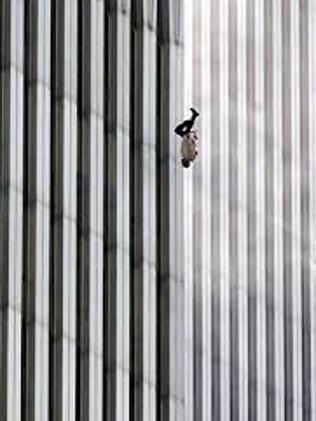