Finally doing the Friday Five on the right day!  It's often late or i don't catch up for a couple of days. Before i start, today would have been my Dad's 99th birthday. i frequently muse on how he would have handled old age, on his birthday. Being born in 1920 is a mind-bender for me; impossible to imagine what it was like to live in those days.

1. Do you make any kind of art or craft? Please share.
Not any more. i used to do a fair bit of crochet (self taught) and sold a few shawls back in the day.  Recreational skills were very limited at school and i only did drawing and watercolours, with reasonable success but was more interested in swimming as a teenager.  Otherwise not nearly good enough with my hands to make things, but there wasn't any room or time to learn sculpture or any handycrafts, though i think there was a woodworking class for young boys at St Saviour's. You'd have had to go to the Technical College later and pay extra for the privillage, though i don't think they took girls.  The nuns didn't have those skills (or time) and anyway the thought was embroidery was 'for girls' - we'd have been better off learning dress making.  i did get fairly proficient with crossstitch, making table settings & tea-cloths.  Hardly earth-shaking though!

2. Would you rather make art (paint, sing, play an instrument) or observe someone else’s art? Why?
Make art - paint and sing (can't play an instrument). Watching someone paint would be pretty boring.  i would have liked to take the singing further but no opportunity, and the same with instruments.  Only learning the piano was open at school, after hours and my hands didn't have enough 'reach' apparently.  i do like to hear and watch singing, orchestras etc

4. Do you prefer recorded performances or live performances? Why?
i prefer live performances as you really only get the full effect in person, if you can get close enough to see as well.  However, i do like to watch ballet, ice skating & gymnastics on film as you have a much better view. You don't need to be really close for music performances, but the sound for full effect - you need to hear Katherine Jenkins in full throttle to get the total beauty of her voice, for example.

5. Did you get any kind of art education in school?
See Question 1 - pretty much just the basics.  i have a very early memory of some child eating plastacine, so i guess we had some play stuff at some point; kindergarten maybe?  Drawing and painting came later.

That was a trip down memory lane, wasn't it?  But that's all for now. Have a great weekend and a better week. 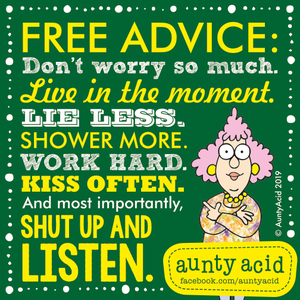